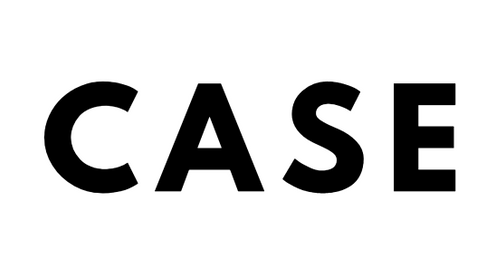 The Pandemic's Effect on CASE 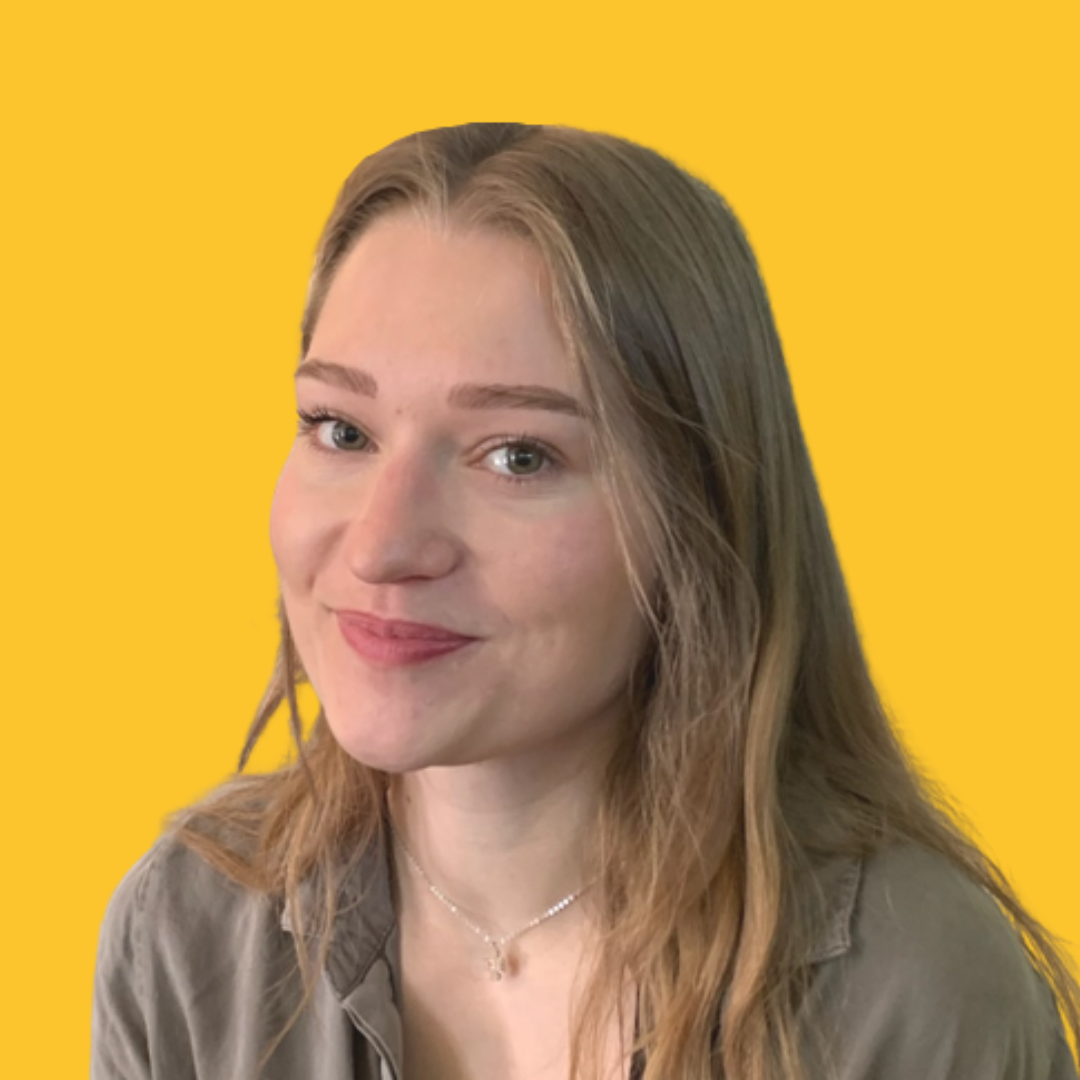 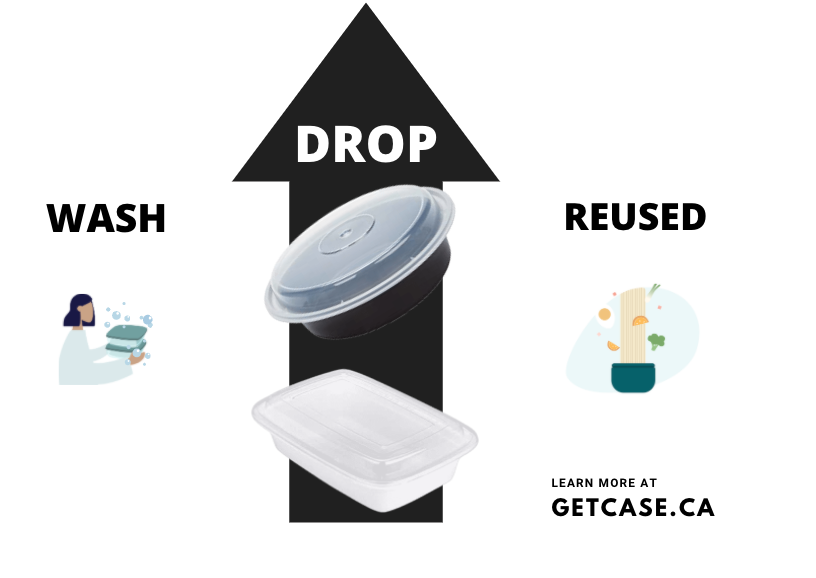 Hi there! My name is Catherine (or Cat) as my friends call me. This all began back in 2018 when I was working downtown Toronto and eating lunch in the PATH. I used to reuse the plastic takeout containers you get from restaurants, take them back to the office, wash them and bring them back to restaurants the next day when ordering. It wasn't until a friend of mine opened my eyes to how my behaviour was not in fact changing the world, and was not doing much to catalyze that either. I said, if everyone did what I did then it would make a difference you know. "Ok, but that's pretty naive to think everyone will carry around takeout containers like you, no offence." She was right - thank you, Hannah.

We started bouncing around ideas of what it would look like if the PATH replaced single-use containers with reusable ones.
We imagined the garbage bins being replaced with reuse bins, and restaurants stalked with reusable takeout containers instead of the standard ones. Ah to be young and dream big... well, just kidding, Still doing that, but life had a lesson to teach me first.

Here I was thinking we just cracked The Da Vinci Code or something, emailing every property manager I could crack the email template for and pitching them my idea. I mean, "why wouldn't they want to join, this is going to save thousands of containers a day!", I told myself.

Well... long story short, that's not how the world works, there's red tape, there're ways of doing things, etc etc. After a few months, I managed to get a few restaurants on board. They were pretty excited, and I was like "Ok, this is going to be so GREAT!!". Again, feeling like I was SO smart with this idea. Of course, low and behold a global pandemic happened and the Path went from 200,000 people to 0 people. A major win for takeout waste in the PATH btw.

With a crushed spirit but somehow still hungry for more, I bet $10k of my savings on building out an app for the reusable takeout container business (this is the app you see today). The developers and the designer did an amazing job! Then it was my turn to hold up my end of the bargain and get restaurants on board... there I was calling, emailing, walking around trying to speak to ANYONE in the industry and sell them on this idea in the middle of the pandemic. With zero sales experience might I add, it was horrendous.

All I kept thinking was, "dear god, why is it this hard to get people to do something good? WTF?" But really, I was asking myself the wrong question. It wasn't until I asked, "how do I make it easier for people to do good?", that things started turning around for CASE.

After months of being a recluse and down on myself, I started listening to business podcasts and reading books like "The Mom Test" and "Lean Startup". These books taught me how to go about finding a problem big enough that it resonates emotionally with people. I learnt that having a good idea, meant people are naturally already doing something to try and solve the problem (most of the time without even realizing they are doing that).

With these "Mom test" skills, I started calling people in the yellow pages and asking them about takeout problems. Low and behold takeout is the best it's ever been! The majority of the complaints I got were around portion sizes and delivery drivers going to the wrong door of their condo/house. Ugh. Out of 250 people I talked to, 3 said waste WITHOUT being prompted.
Man.. was I living in an eco bubble??

But in doing this, something interesting happened, I noticed a pattern after the 25th call. People were holding onto and using their black plastic takeout containers at home! I dug deeper - why? "Well, they are sturdy, seems like a waste to throw them out" Ok, yes!! I can work with this!! I started asking more people if they reused black plastic takeout containers and Ding! Ding! Ding! The willingness to pay for a problem they weren't already trying to solve, was not there. BUT the willingness to care about the container AFTER they used it, was there.

With this new information, I went back to my list of businesses that shot me down when I pitched them reusable takeout containers and instead pitched them a takeout container collection bin. I was feeling on fire! It was 9pm and I was hammering through these emails. *BING* 10mins later, "Can you send us a drawing of what you're imaging?" It was the President of Organic Garage, Matt. Wow, don't f this up Cat! Um ok... *googles: free online sketch software* drew up a quick rendering of a white bin and sent it over. sent it to a friend for moral support. waited. *BING* "Ok, and when would you like to start?" holy shit. he's in.

Well that is history we are making together! 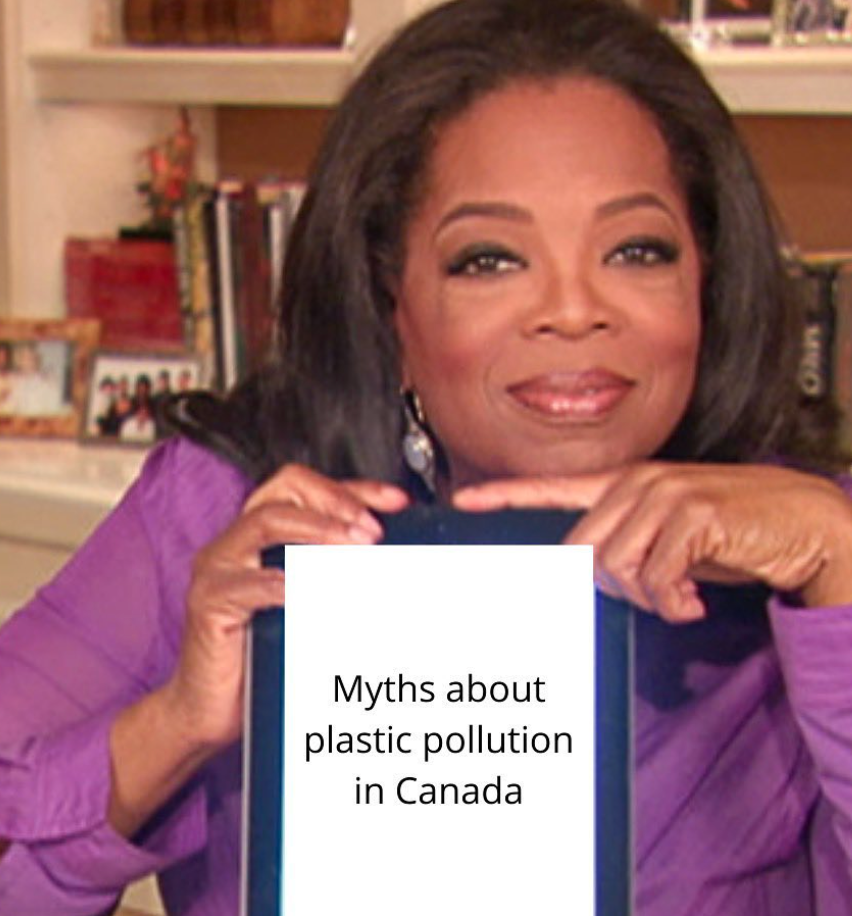 Myths About Plastic Pollution in Canada 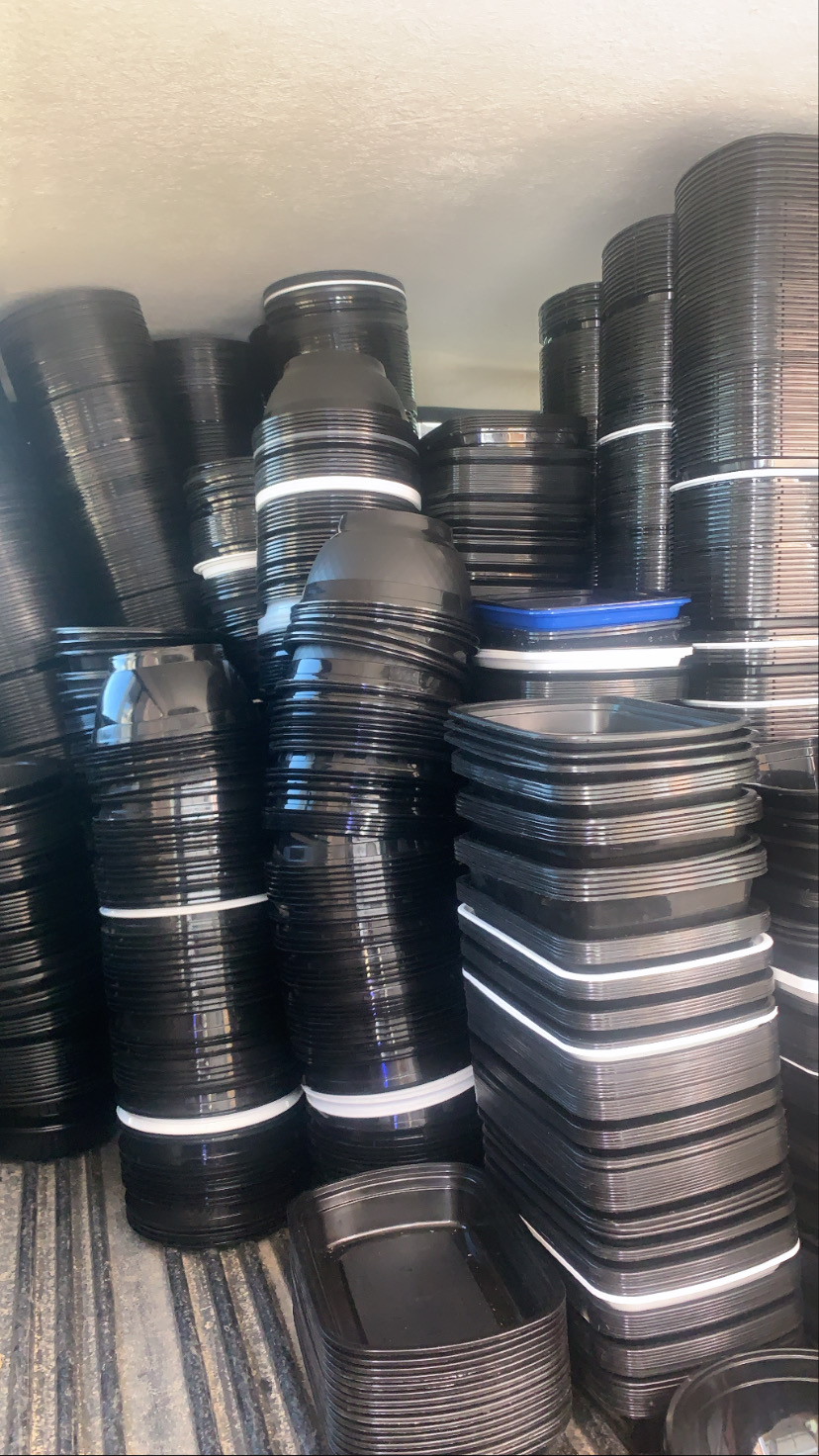 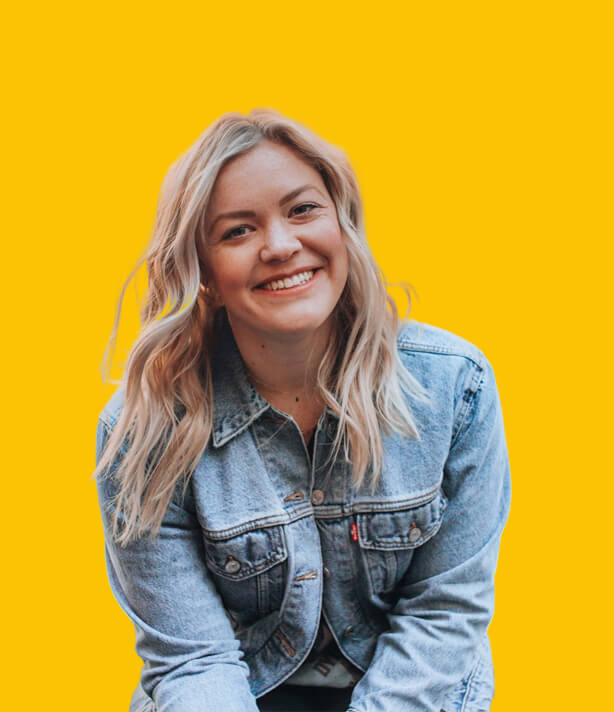 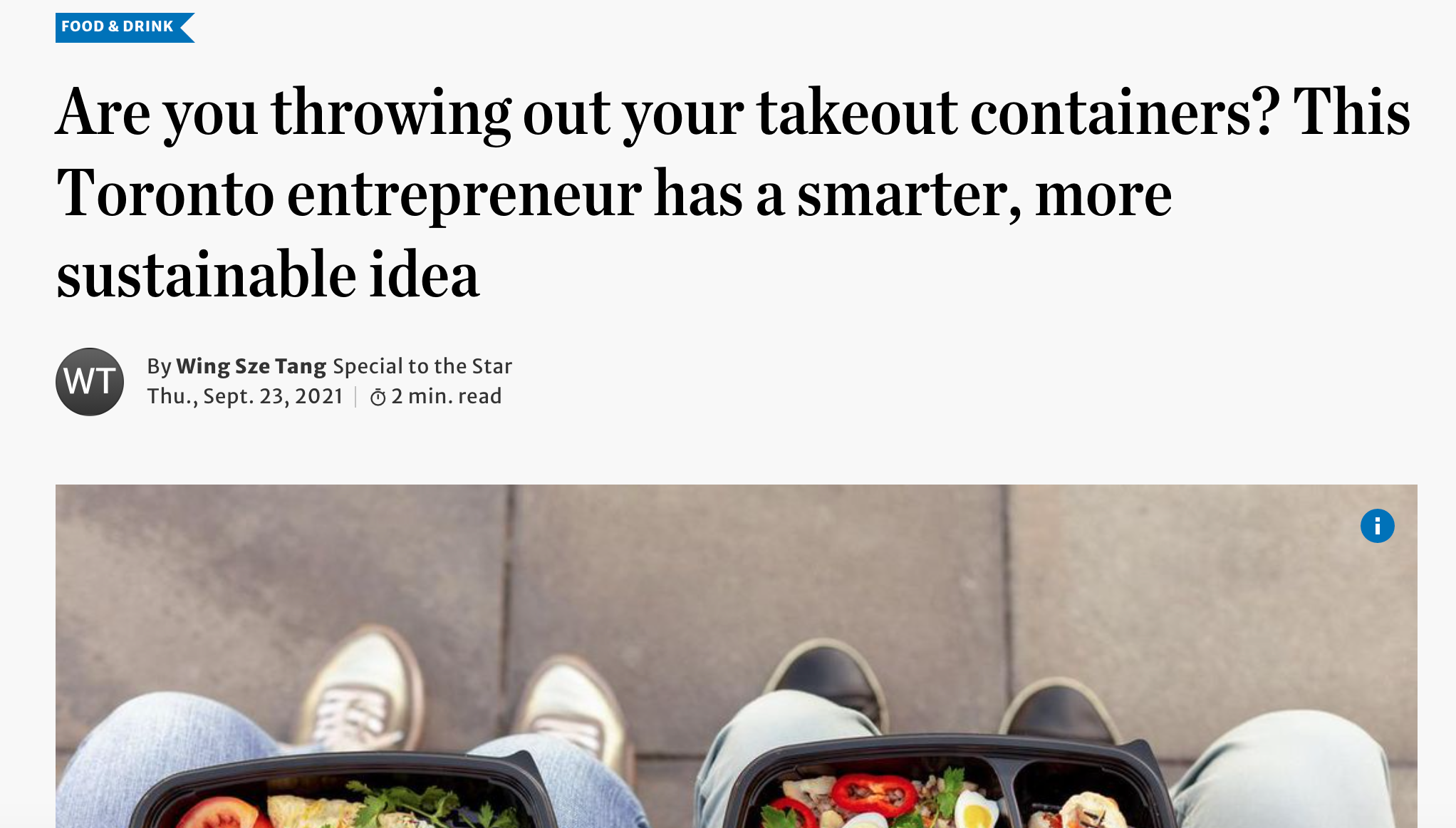 CASE feature in the Toronto Star